"Smoothing the Path of Love..." Nowadays young ladies may not be thrilled to receive an iron, a sewing or washing machine from their boyfriend or fiancée as part of the courtship ritual leading up to marriage,  but in the Scandinavian folk art tradition they were treasured gifts to be proudly owned and displayed.

Among these gifts were mangleboards, essentially  single planks of wood with a handle at one end, used in conjunction with a cylindrical roller to smooth out the wrinkles and creases from pieces of lace, typically the collars and cuffs from garments worn as part of the national costume.

Originally simply fashioned as utilitarian domestic tools, they have been made and used for over 400 years. But it wasn't until the second half of the C17th that they gradually started to include dates, initials, and stylised motifs and the handles began to be carved in a more individual and extravagent fashion, frequently as primitive zoomorphic forms; such as horses, (which were recognised in Norske folklore as symbols of trust, loyalty, strength and virility), and occasionally lions or mermaids. 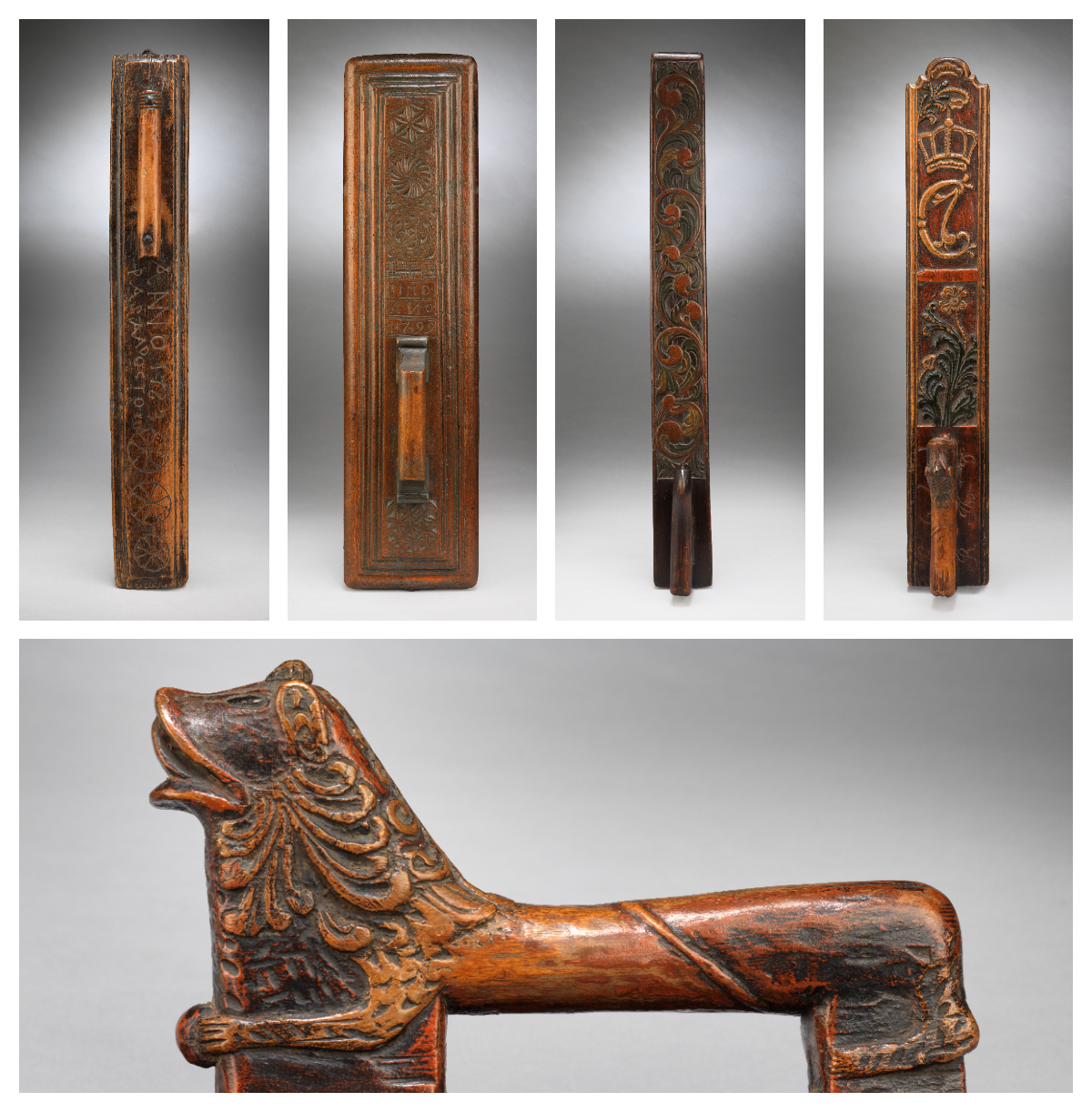 As this interest in aesthetics grew, the meaning and “purpose” of the mangleboard began to change. Whilst they still remained functional objects, they gradually began to be offered as courtship gifts and love tokens.

Particularly in traditional Scandinavian farming communities, the path leading to marriage was marked with a series of courting gifts that reflected the working year. For example, an admired young woman might receive a scutching knife in the autumn, a spinning wheel in winter, and a loom or distaff for spring, all of which, if the relationship developed, she would display and show off proudly. Ultimately, if the courtship led to marriage, these love tokens would become treasured keepsakes but sadly, if the feelings were not reciprocated, the young man would need to start the process all over again.

Mangleboards were traditionally among the last gifts offered during the courtship ritual, as they became synonomous with the final stages of the working of cloth and of the romantic pursuit.
Prices of Mangleboards are as follows: (left to right)
1. £950
2. £850
3. £1,200
4.SOLD
Share: A CLOSER LOOK - Settle Down, Bottoms up...

Settle down, bottoms up... Everything is coming together, Spring and the New York Winter Show are now nearly upon us, and the clocks will move forwards, signaling the start of British Summer Time, on Sunday 27th March. If you have visited or passed our gallery recently, you will have noticed a vibrant and expressive artwork hanging in our display window. The work is by Maggie Porter and forms part of the new Exhibition of Aboriginal Art being presented by our neighbours JGM Gallery.